Ai in Medicine: The Future is Now

In the next few years you will probably begin interacting with a medical artificial intelligence (Ai) system—if you’re not already.

As inevitable as self-driving cars and robotics, medical Ai is revolutionising the way we approach healthcare. While it might sound futuristic and decades away, it’s not. Artificial intelligence is already leading a revolution in medicine.

Once upon a time it was novel to be carrying a pedometer in your pocket. Now your smart phone can run cardiograms and screen for heart disease. It can examine the ear drums of tiny babies to diagnose ear infections. The technology contained within your handheld device is being used to run sleep apnoea studies, haemoglobin tests and to monitor vital signs like blood pressure and oxygen concentration – all at a fraction of the time and cost associated with traditional tests.

With a series of devices that are referred to as the Medical Internet of Things, smart phones are being transformed into sophisticated mobile clinics that can execute an array of lab tests from liver and kidney function to infection diagnosis and even DNA sequencing. All via a series of attachments that plug into your smart phone.

Algorithms and ‘machine learning’ are being used to treat disease.

Late last year Google announced it was commencing a ‘grand medical experiment’ using machine learning. The company has designed an image-recognition algorithm which can identify signs of diabetes-related eye disease in patients simply by scanning photographs of their eyes.

The technology has been deployed into a series of hospitals in India, where more than half of the country’s 70 million diabetics suffer preventable blindness simply due to a lack of available ophthalmologists.

Artificial intelligence is being used to tackle the third leading cause of death in the US: misdiagnosis.

Medical error is a huge problem in modern medicine and more than 1,000 people are killed each month in the UK due to a medical misdiagnosis. The figures are startling, but when you delve a little deeper it comes as less of a surprise.

With more than 12,000 known diseases on our planet, it would be impossible for any one man or woman to remember and understand such a huge body of information.

Then there are patient variables, such as how a disease might manifest. The complexity of the current healthcare system provides yet another barrier to accurate diagnosis, with communication barriers and disjointed care. And ultimately, human doctors are just that – human. They are affected by access to patient data, stress and distractions.

Put simply, the truth is that no human brain will ever be capable of computing to the same degree as an artificially intelligent doctor-brain. Artificial intelligence holds a number of advantages over human doctors through its ability to process vast quantities of data, make medical diagnoses and identify patterns in disease.

…it is worth acknowledging that the qualities that make human doctors, well, human, are quite simply indispensable to the functioning of the modern machine. Both the simplest tasks and the most complicated ones involve people, and while a robot can play chess, it cannot yet lift a patient onto a bed, administer a drip or make a sound ethical decision about the future of a human being’s life.

Humans will always be superior at working with and caring for other humans. But they will certainly benefit from a bit of help from artificial intelligence.

Ultimately it seems the use of artificial intelligence in medicine will be a matter of cooperation rather than competition.

Feel as passionately about medical technology as us?
Join the DOCTO discussion on Facebook Far from Home, Close to Help

Sorry, the comment form is closed at this time.

The Flu and the Flu shot 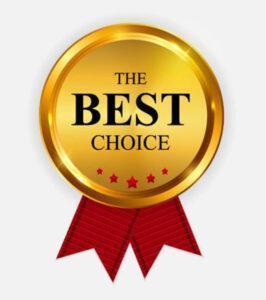